Personally, 2015 was brilliant - ushering a small person through their first months & years of life is a fantastic privilege which only keeps getting better.

A picture you say? Oh go on then. But only the one, I'm very shy of "creating" an online identity for my daughter before she's able to do that herself. 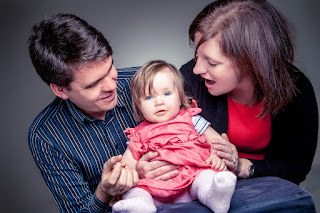 Alongside this, politically 2015 was pretty much an unmitigated disaster - the Lib Dems faced an electoral apocalypse and are now, rather more quietly than the Labour Party, having a long protracted debate about what we mean, what we say and what the point of it all is.

A small comfort was that OMOV in the Lib Dems passed, thanks to the efforts of Sue Doughty, Daisy Cooper, Mark Pack amongst others. A welcome step forward for the party.

P.S. A lot of Liberal Democrat pixels have appeared recently which I've only become vaguely aware of as my high speed working mum life pulls over into a lay-by for Christmas. I think my most cogent advice would be to ignore those that cause you too much pain and if you are ever urged to write a long blog post about those that have wronged you, you probably shouldn't...... I actually received this advice myself once - definitely good advice.

This too shall pass, Lib Dems, and hopefully our electoral chances will improve as well. Here's to more victories in 2016 politically and a Merry Christmas and prosperous New Year to all followers and those who wish me and my family well.

Posted by Louise Ankers at 16:23 No comments:

The Case for the Single Market : Rights, Economic Direction of Travel and Commercial Peace.

It strikes me that both pre and post referendum, those of us who really would have preferred to Remain, are actually failing to properly mak...